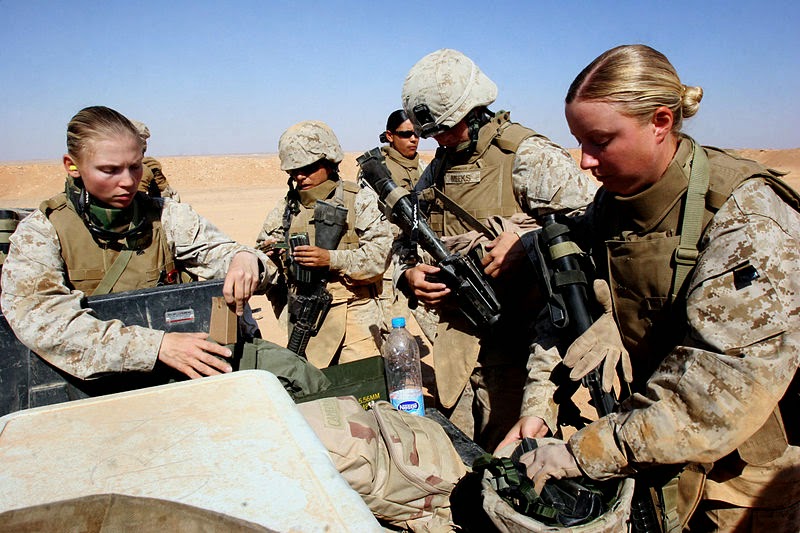 Wednesday, January 11, Middleweight Force? Today, I sat in on a discussion about the Marine Corps' future and how to define that role.

I had exactly zero role in that discussion, but the thoughts represented here are my own as spurred by the topics they discussed. I'm not representing anyone else's views here. While Marines feel that the Marine Corps is relevant, I don't believe there is agreement on how to define that relevancy.

A lot of the debate revolves around buzz phrases and what those buzz phrases really mean: I think that there is a sense that we marine corps gazette writing awards won to fit the Marine Corps back into a box, and that box is defined roughly by amphibious lift capacity in terms of weight, cube, etc.

This box will also be defined by what the Corps sees as its relevant role in what it can deliver to the nation in the way of capability. I have what is likely a contrarian view of this. I'm just getting started on it, but the first example in the first chapter is Steve Jobs' paring down of Apple when it was on the verge of disaster.

Rummelt summarizes, "He shrank Apple to a scale and scope suitable to the reality of its being a niche producer He cut Apple back to a core that could survive.

Before the budget cuts force our hand, we should pare back to a core that will survive. Not only is this a good survival strategy, but it will focus and improve the institution as well.

First, the Corps must define the niche that it intends to fill in a competitive market. That niche is primarily defined by its amphibious nature, but it is also defined by highly mobile, lightweight infantry forces, task-organized MAGTF and scalable to conduct independent operations to a defined upper limitutilizing combined arms and robust command and control capabilities to "punch above its weight", and capable of expeditionary operations in both littoral and inland areas through use of strategic maneuver.

The Marine Corps is prepared to operate independently to the extent that it is forward deployed and prepared to conduct crisis response i.

This statement requires some work, but this should be what the Marine Corps does, period. Strip away everything that does not contribute to this niche and either trash it or hand it off to other services. Why do we need to strip everything else off? Foremost among the reasons is that readiness is costly.

If we are to be our nation's force in readiness, we will soon find ourselves making trade-offs between equipment procurement and organizational costs on one hand, and training and equipment maintenance costs on the other.

Within the personnel and equipment readiness costs there will be competition, as well. If we are bigger than our market share merits, we are going to be using resources to pump blood through vestigial limbs we don't need, meanwhile atrophying the limbs we do need.

In stripping things off, we need to limit ourselves to our core missions and to a defined upper limit of independent operations. As an example of stripping off capabilities outside of our core missions, I would argue strongly that we do not need a Marine Corps Cyber Command.

We are not resourced for that and it is not a core competency. Someone else should be doing that. As for capabilities that range above our ability to operate independently, I think that we should set the MEU as the highest level of truly independent operations.

Can anyone truly envision a MEB-sized operation in which we would not have joint support? If the answer is no, and I think it must be no, then we should plan to leverage joint assets for support in MEB-sized operations and above and shed all duplicated capacity back to our sister services.

I am most knowledgable about aviation capabilities, so I will use them as an example. I think we clearly must retain all of our rotary-wing RW capabilities.

On the fixed-wing side, we should keep only that which supports the statement above expeditionary, combined arms, mobile independently at the MEU level.Capt. Kyle Tucker-Davis stands with his Navy-Marine Corps Achievement Medal during the award ceremony for the Training Command’s Commanding General’s Writing Competition at Marine Corps .

The MCA publishes Leatherneck Magazine and the Marine Corps Gazette for the professional development and connectivity to the Corps for Marines - present, past, and future. Marine Writing Awards Program; Wounded Marine Support; Download Our Programs Guidebook; Leatherneck Magazine.

Support Your Marines. We believe every Marine is a leader. You stand by Marines each step of their Marine Corps journey by giving them the resources they need for professional development.

The Marine Shop is part of the Marine Corps Association & Foundation (MCA&F).